Caffeine is the most widespread stimulant on earth, used by billions of people to stay alert everyday, a large part of humanity is dependent on it, so we should ask ourselves a question: is it really helping us or are we continuously assuming it to avoid withdrawal symptoms? Are we assuming caffeine just to have a normal state of mind?

I’ve tried and quit coffee before, but I always have restarted as soon as an exam session was coming close.  I’m drinking about 4 cups of espresso a day, and I started thinking about cutting it to improve my sleep quality. Furthermore I want to know if it is hindering my ability to discern the effects of Noopept, so I am going to cut caffeine down cold turkey, have some days to go over withdrawal and then start experimenting Noopept (and later Aniracetam) on a clean starting point. I know that some nootropics can depend on B vitamins to work, and caffeine can deplete your vitamin B levels.  Although I regularly supplement a B-complex in the morning, I think it could be more effective without caffeine. I don’t believe that coffee abstinence will reduce my ability to focus, as coffee-induced alertness is useless to concentrate on a single given task, it rather directs your thoughts on whatever is coming to your mind, I think caffeine can even reduce your attention span. Most of the people arguing about the benefits of coffee is probably sleep deprived and would have possibly greater benefits with a couple more hours in bed. When talking about Modafinil, I said it works well combined with caffeine. It’s true, but I was actually dependent on coffee, so stopping it would have prevented me to report with precision Modafinil’s advantages, obscured by caffeine’s withdrawal symptoms, but after cleaning myself out of caffeine I will try Modafinil again alone, as it doesn’t cause distraction, it could become my first stimulant of choice. Too much coffee can also raise your heart rate and can have a role in developing anxiety.

My first day without coffee: I feel the difference, I have been yawning during a class… I want to go to bed a lot earlier then yesterday, my productivity has decreased, but I think it’s just a matter of time and I will regain total alertness, just 3 or 4 more days without coffee I think would be enough to get over the withdrawal phase. However, it wasn’t difficult at all to abstain, and I’m still able to get things done on my daily tasks. The second day: It’s a lot more difficult to abstain from drinking a coffee, it’s been my first desire after waking up, and I’ve been thinking about it for the rest of the day,  I gave up after lunch and drank one. I feel the need for it when studying and I become persuaded that it would help me to drink at least one, so maybe I should discard the experiment and try just to reduce my intake to a moderate level of a couple of coffees a day.  This morning I studied without any caffeine and although my alertness was reduced I felt some benefits from the nootropics I’m assuming. I took Noopept(10 mg), Aniracetam(600 mg) and Centrophenoxine(250 mg), and I nevertheless felt them despite the caffeine withdrawal symptoms. I think stimulants(like Caffeine or Modafinil) and nootropics act on two different levels, while stimulants wake you up and increase your productivity, nootropics have an effect on the structure of your learning process, less intense but deeper than stimulants. They work on two different playing fields, not totally comparable. That’s why I think that using a nootropic along a stimulant is a smart move. However I failed and dismissed my resolution to stop coffee addiction, I drastically reduced my intake to no more than two cups per day. I think there’s an optimal threshold to gain the benefits of caffeine stimulation, and if you surpass that quantity you start getting the side effects that led me to project a total cold turkey.  If you stay below exaggeration, you are still able to function when you don’t drink it, and I want to stay in control of it, just in case i need to avoid it at all to try another stimulant without it, like Modafinil ( which is absolutely superior to coffee, but it lacks the taste!). It’s a wise move to drink your last coffee at lunch, to minimize the caffeine sleep damage.

I’ve made another attempt to quit coffee. This time I had more willpower and I’m still going on. The first day of withdrawal, sleepiness forced me to take a nap in the afternoon, something I really never do. The second day of abstinence I woke up with a huge painful headache that lasted all day long, decreasing just a little after I took an aspirin, it didn’t hinder my productivity so much, but it’s rather disturbing to go on with the pain. After all, I knew of this possibility before even trying, but i hope it goes away before I surrender to coffee again! Maybe you are asking yourself why do we get caffeine headaches in the first place…

Why do caffeine withdrawal causes headaches?

Caffeine reduces the effects of Adenosine by blocking its receptors. Caffeine binds to adenosine receptors without activating them. Adenosine buildup in the brain after protracted mental activity is a possible cause of sleepiness, that’s part of the alertness mechanism of caffeine to reduce its influence. However, when tolerance to caffeine builds up, the brain compensates by creating new receptors of adenosine, and when you stop caffeine it takes time to go back to normal. In the withdrawal period your levels of adenosine go high, and as adenosine increases blood flow to the brain, you can experience a degree of pain similar to that of a migraine. It’s the pressure on the nerves coming with the increased blood flow that causes the pain. Some people experience “weekend migraines” and blame it on excessive sleep, actually the cause of them is caffeine withdrawal, because people drink less coffee when not at work. 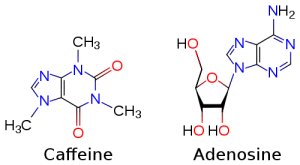 Adenosine has an overall inhibitory effect on the central nervous system, that way its reduction by caffeine keeps you alert at first (even though that’s not the only action of caffeine in the body), because lowered adenosine increases the activity of both Dopamine and Glutamate. Adenosine lowering can also be caused by other Xanthines, such as those in chocolate and tea, but not nearly as much as a true caffeine addiction. So… Just hold on a little more and the headache will pass as your brain downregulates adenosine again, don’t surrender at your addiction so soon! 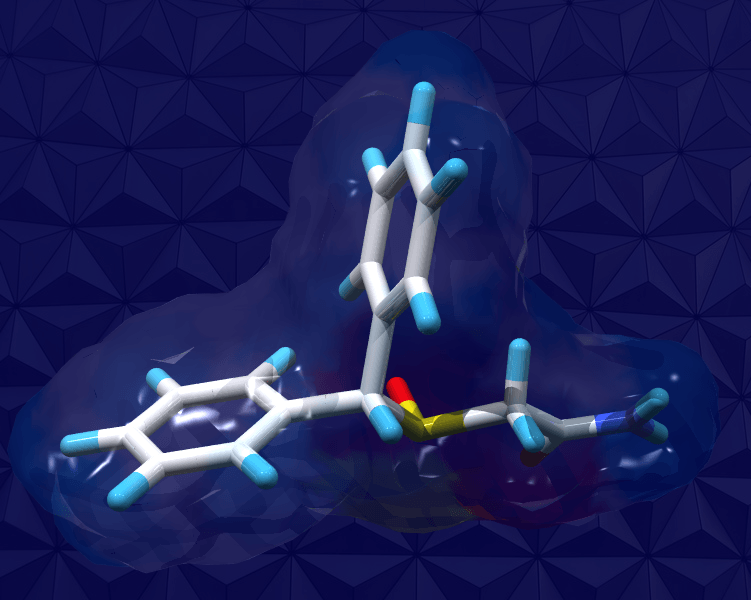