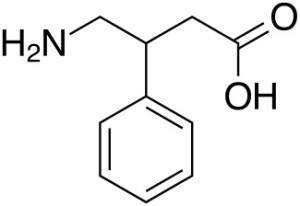 Phenibut is a stress reducer, anti-depressant and anti-anxiety nootropic.
It is cheap and legally sold online without prescription, I bought mine in bulk powder at PeakNootropics.

Phenibut is a GABA derivative that gets absorbed better than standard GABA.
GABA (gamma-aminobutyric acid) is the principal inhibitory neurotransmitter, it is produced directly inside the brain and cannot reach it from the blood, so supplementing with GABA is useless.
Phenibut is a modified version of GABA that can cross the blood-brain barrier thanks to its added Phenyl ring (as you can see in the molecular structure above).

Phenibut was invented in Russia in the 60s and it has been used there for 50 years as an anxiolytic instead of benzodiazepines.
Phenibut is a mandatory element of the Russian cosmonauts’ medical kit to lower their stress levels during missions without impairing their performance, unlike benzodiazepines that lower cognitive functions.

Phenibut acts on GABA receptors in a similar way to alcohol’s mechanism of action regarding anxiety suppression but without affecting your mental clarity.
Phenibut suppresses social anxiety without drunkenness and avoiding hangover the morning after.
Phenibut also increases Dopamine levels.

Almost twenty percent of adults have a form of social anxiety, characterized by:

Phenibut can keep you calm and happy while still functioning at peak performance and have more successful social interactions. 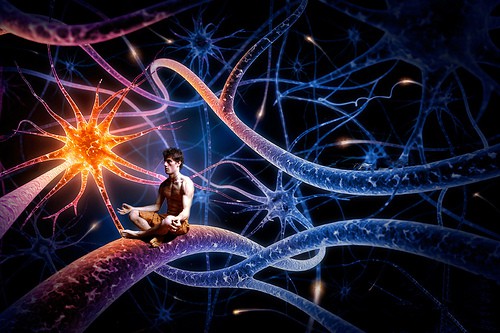 Phenibut as an alcohol substitute

Alcohol is universally used to attain an higher level of social interactions, courage to speak to strangers and to pickup girls.
As a GABA agonist, Ethanol acts as an inhibitory agent and helps breaking the ice.
The problem is that Alcohol blunts your thinking whereas Phenibut keeps your mind clear.
Phenibut has the same effect of Alcohol on anxiety without affecting your cognitive skills.
Unlike Alcohol, Phenibut doesn’t cause hangover the morning after and it’s overall lighter on the body than binge drinking.
Phenibut is more effective on social anxiety than Alcohol and you can easily use it for daytime activities too.

You have to wait for at least a couple of hours since consumption to feel the effects of Phenibut, then it will remain active for at least 3 hours.
If it’s your fist time start with a dosage of 500 mg, then you can go up  to 2 g until you find your sweet spot.
Take phenibut 2-3 hours before a social interaction in which you want to have greater confidence, it will totally remove fear and anxiety, you will talk easily and feel completely comfortable in yourself.
A lot of people have been using Phenibut to speak in public with confidence or to approach potential partners, it’s the pickup artist drug of choice.

A low dose (0.5-1 g) can be effective in a nootropic stack, if anxiety blocks you from reaching full productivity.
High doses are sometimes used to treat hymsonia but i wouldn’t suggest it for this purpose because of its addiction potential. It’s not a substance to use everyday.

Buy Phenibut here: Peaknootropics sells a bag of 50 g of Phenibut, it has a high standard of purity, it’s cheap and they ship quickly.

Theanine is an amino acid usually found in white and green tea. It doesn’t act directly on GABA, it is a lot weaker than Phenibut but can be calming as well and it is synergistic to caffeine ( that’s why drinking tea has a different effect than coffee, theanine mitigates the caffeine anxiogenic effect without lowering the stimulation ).
Theanine better fits the role of a daily used nootropic, whereas Phenibut is better used sporadically .
Theanine is a cognitive enhancer, if you want to experience increased focus and productivity without renouncing a feeling of calm, give it a try. 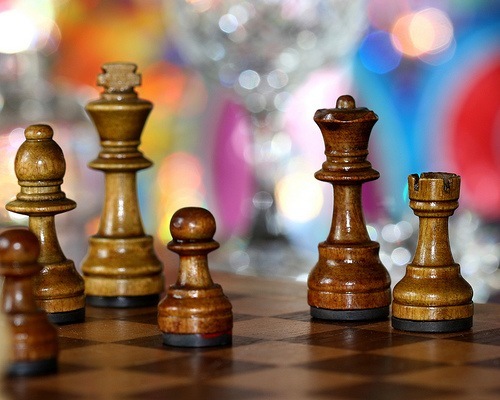